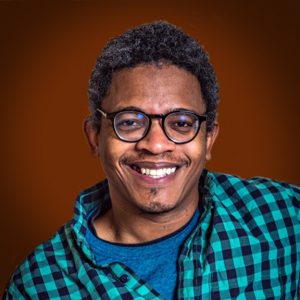 Ismail Samad is a native of East Cleveland, OH a social entrepreneur, enterprise developer and a closed loop food systems expert. While studying environmental biology in college, and working in some of the top restaurants in Cleveland, Ismail developed a passion for the culinary arts. He opened his first cafe, Crust and Crumbs at the age of 23.

After relocating to Vermont, He became deeply involved in the farm-to table movement which gave him insight into the impact of food waste, and created in him a resolve to find creative solutions to solve the problem.

To this end, he founded a new restaurant concept, The Gleanery. The restaurant eliminates waste and showcases culinary artistry with high end fare, all while providing economic opportunities for local farm partners.

Ismail served as culinary director and was pivotal in the planning, launch and early expansion of Daily Table, nonprofit grocery stores in Roxbury and Dorchester, Massachusetts. Daily Table focuses on addressing the conflicting issues of food insecurity, nutritional health, and wasted/surplus food to provide healthy affordable meals to those in need.

He will bring his experience as board president for Boston Area Gleaners, his ability to connect with others to put strategic partnerships in place, as well as his experience in managing local supply lines, to lead Loiter to develop urban farming in East Cleveland to provide produce directly to businesses. This means that every part of the supply chain will be owned by East Clevelanders. Ismail will specialize in leading Loiter Marketplace as well as Loiter’s Farms & Apiaries enterprise.

While it may take years to repair the damage caused by neglect, economic disinvestment, and injustice, Ismail believes in the people of East Cleveland to build up a new cultural renaissance. 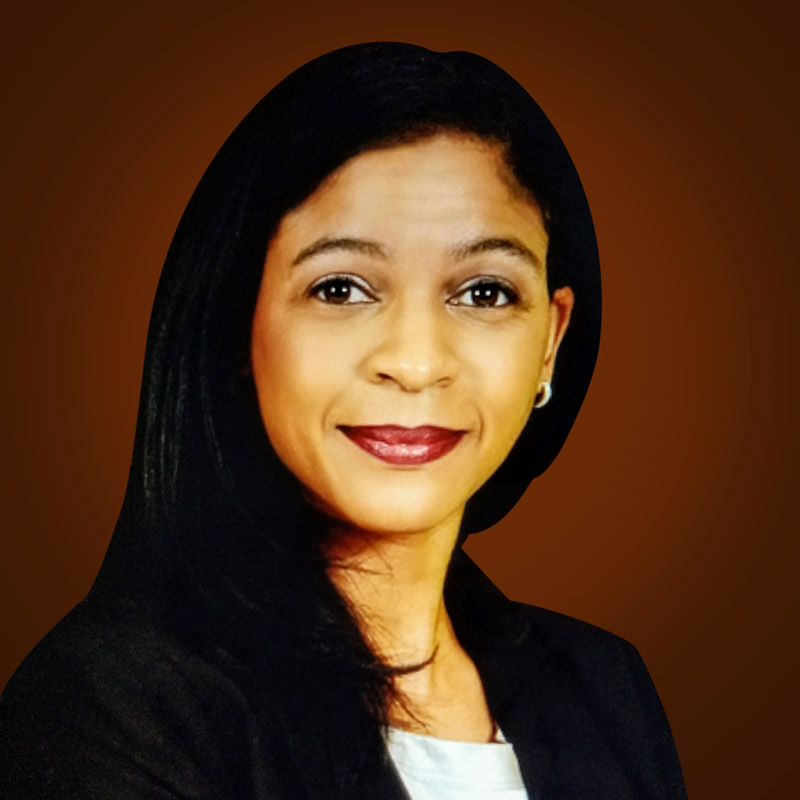 Alima Samad has over 10 years of professional experience working as a public servant at the Urban League of Greater Cleveland Entrepreneurship Center. While working at Urban League, she was involved with the 10,000 small businesses initiative with Goldman Sachs in which she worked to recruit and advise entrepreneurs. Alima has also worked with KeyBank’s financial education center. She is dedicated to economic development through entrepreneurship and provides Loiter members with business advisory services assisting entrepreneurs with the financial insight needed to make key decisions.

She is an entrepreneur, creating The HELP Group, (Home Economics and Life Planning) to support the financial success of individuals and families. Her past ventures include Earthly Blues, a clothing company restyling second-hand denim into custom-made fashion, and Airomatics, a car air freshener distribution and selling business.

Alima heads up our organizational development and strategic planning initiatives and will be leading our wealth hub programming and entrepreneurship development. Working alongside co-founder Ismail Samad, Alima’s vision for Loiter is to invest in the people of East Cleveland by prioritizing the people and enterprises of the community. Alima aims to improve the lives of people in the community by helping them to not only meet their basic needs, but to thrive by fostering an environment that enables personal growth, fun, and the building of interpersonal relationships. Loiter will promote economic development and foster community focused development that nurtures and promotes local talent and keeps them in the community. Brandon’s life mission is to use tennis to drive socio-economic change and give back to his community by unveiling the suppressed talents of his people. As director of Loiter Sports, Brandon is the community engagement liaison that develops relationships necessary to build trust in the organization.

He is committed to passing on core values of spatial justice, narrative change, economic opportunity, and service to members of the Loiter Sports Cooperative. He recognizes the necessity of teamwork and shares the vision of treating people with the dignity and respect they deserve to build a better future.

Brandon is a USTA/PTR certified pro with a safe sport certification and over 20 years of experience as a tennis player and coach. Jamal graduated from Akron University with a bachelor’s in fine arts in 1997. In 2014, Jamal started working for The Boys and Girls Club of Cleveland (BGCC) as an Art Instructor. Jamal recognized his calling to redirect and focus the energies of ‘at risk’ youth using what he knew– graphic design. He next stepped into the role of Independent Consultant, created the After School Graphic Design Program Creative Kids Group (CKG), and has since been making a positive difference in the lives of Cleveland’s Creative Kids. Creatives Kids Group (CKG) is an introductory program for youth in elementary up to middle school covering graphic design, photography, cinematography, marketing, business, and entrepreneurship.

Jamal’s other clients include PNC Fairfax Connections, Richmond Heights School District, Cuyahoga County Community College and CMSD. Jamal indicates that he purposely reached out to kids living in single-parent homes; in an environment of drug/alcohol abuse, poverty, and education disparity. Echoing the adage, ‘It takes a village’ Jamal reiterates that children in our society need more than a mother and a father; they need a community.

Interested in joining our board to shape the foundation of Loiter?

Send Us a Message